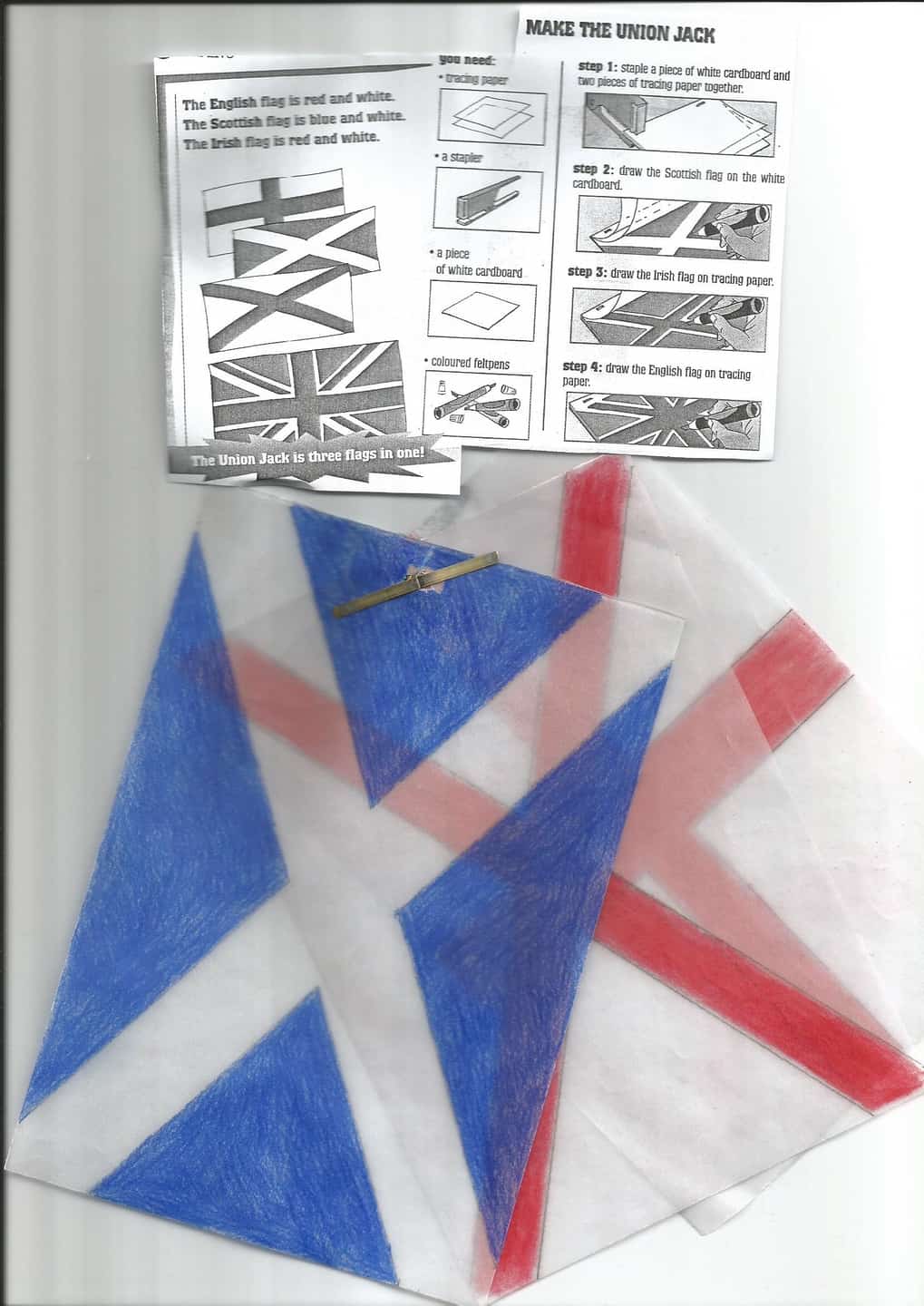 From the British world

Famous for being the resting palace of Princess Diana, the estate of Althrop, owned by the Spencer family becomes now a luxury bed and breakfast.Controversy arosed, at the heart of the criticism is Lord Charles Spencer, princess Diana’s brother. 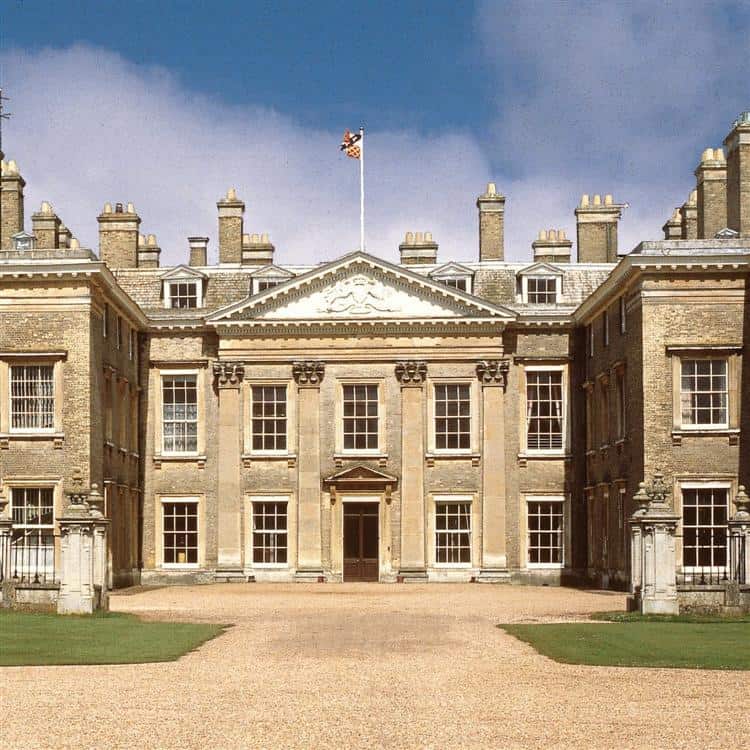 An idea of bad taste according to many, especially for the best friend of lady D: Simone Simmons who accused Lord Spencer to make money on princess Diana’s memory. Charles Spencer always tried to profit from the family villa because of his third divorce so expensive for his finance. For example in 2010 he sold a collection of paintings and antiques kept in this villa. In September, Spencer announced that he had to close the museum dedicated to his sister, because he had to give William and Harry their mother’s clothes and jewels. “

A bed and breakfast place where Princess Diana is buried … What a bad taste idea!!!

From The American World

De Blasio embodies the spirit of the big apple, of Italian origin, he has formed a multiracial family because he married the poet and activist Afro-American Chiralane McGracy. During The election campaign he was always with her and her two children,Chiara and Dante. The Rainbow ethnicity of the family De Blasio becomes a powerful image that catapulted him to the municipality. 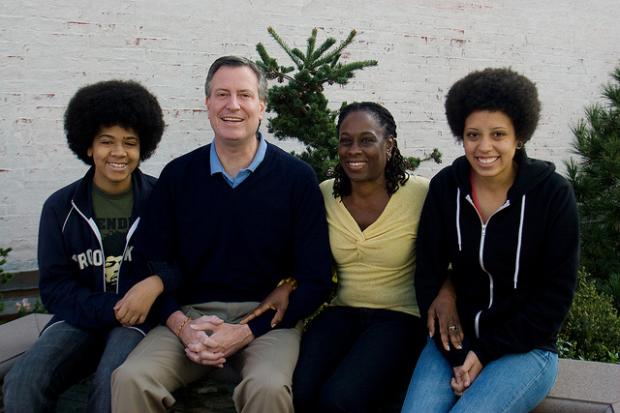 He is not a typical American Leader, he supported the Sandinista Revolution, he studied Latin American politics at Columbia University and went on their honeymoon in Cuba, violating the prohibition to visit the island led by Fidel Castro.

De Blasio represents the progressive wing of the democratic party.He has focused his campaign on the fight against economic inequality. Instead of “Hope” and “Change” he has chosen the slogan “Progress”. “De Blasio is not a boring white guy”, said his daughter Chiara. That phrase, simple and provocative, struck at the heart of minorities and progressive sectors. He promised to raise taxes on the rich to reduce the income gap with the poor…

Teenagers and their look

Last year people saw a particular fashion trend for teenagers: the English and the American Flags!!! We see them everywhere: these clothes are related to the Anglo-Saxon world, in fact, girls and boys aged 13 to 19 born in Great Britain wear them, so the Anglo-Saxon world is everywhwre here too and English is often used to write quotations and dedications on tshirts pencilcases and diaries. The Stars and Stipes and the Union Jack are the most popular now but also popular sweatshirts and hats from American baseball teams such as NewYork Yankees and Boston Celtics are now very popular…. and if we want to speak about music …. British and American singers are the most loved by girls. 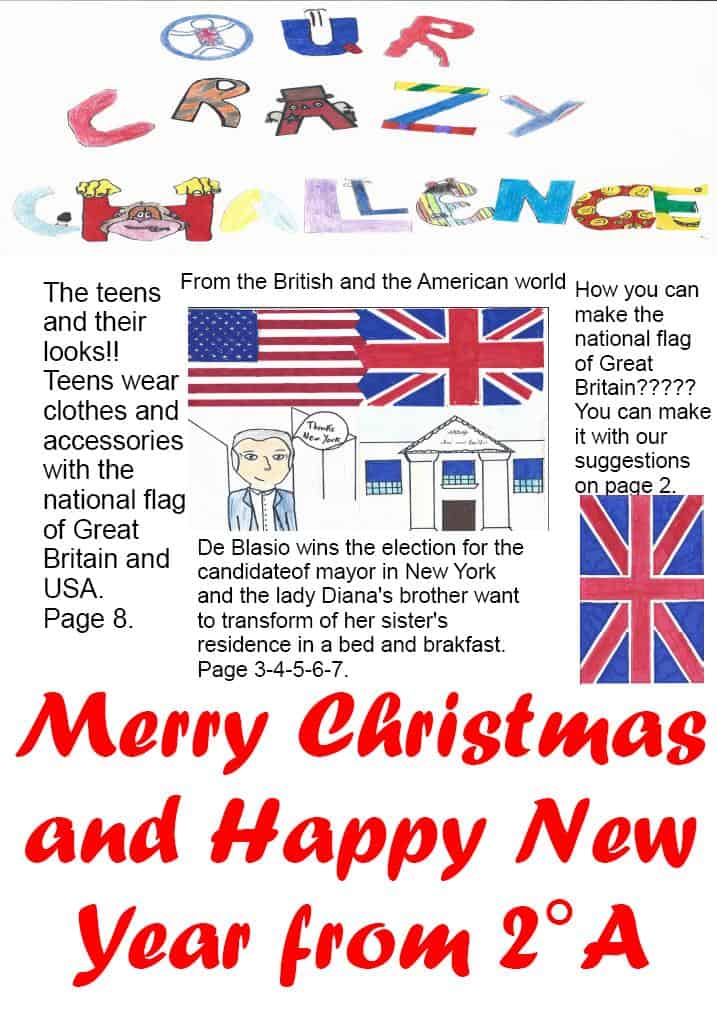 Moreover, the English language so that now is part of our daily life and step it is gaining an important role. We often use English and American words beacause we don’t know how to use the same Italian words which don’t give us the same idea for example we say weekends, computer, break, bus, look, hotdogs, hamburgers and more. We are really attracted by this world which is so chaotic but so “chic”.